Home/Alerts, Commercial practices/Entry into force of the prohibition of unfair terms in B2B relations
Please note that this knowledge portal is still under development.

On 1 December, the provisions of the Code of Economic Law relating to unfair terms in contracts between companies (b2b) came into force. They apply to contracts concluded, renewed or amended from 1 December 2020.

Here is a quick overview, presented in a simple way, conducive to a pleasant understanding and effective memorization.

In parallel with this scheme, we recommend reading the two articles of the Code of Economic Law, reproduced below. 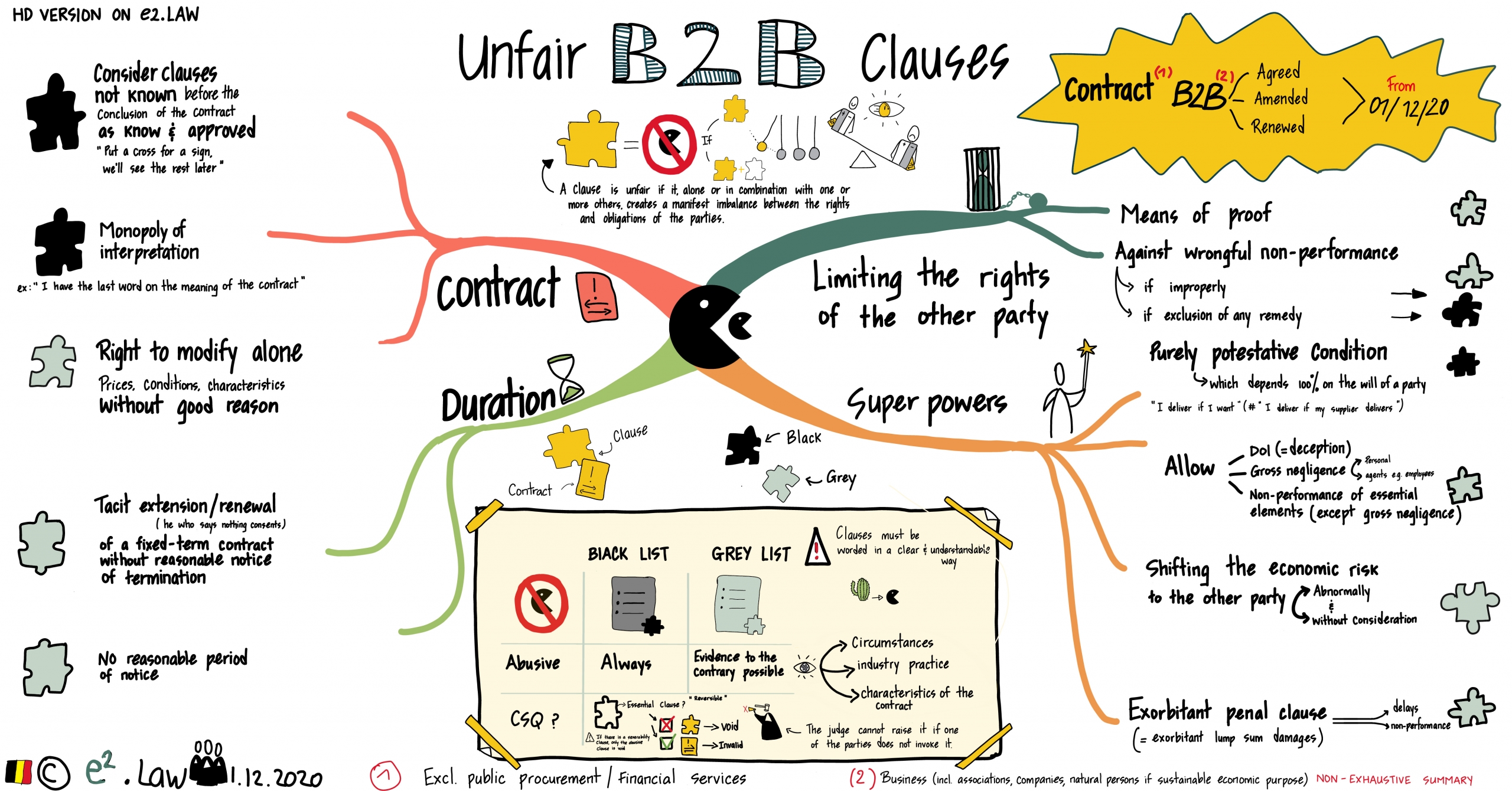 Art. VI.91/4. [1 Terms which are intended to:
(1) provide for an irrevocable commitment on the part of the other party, while the performance of the undertaking’s services is subject to a condition the performance of which depends solely on its will;
(2) confer on the enterprise the unilateral right to interpret any clause of the contract;
(3) in the event of a conflict, have the other party waive any means of recourse against the enterprise;
(4) irrefutably establish the other party’s knowledge of or adherence to clauses of which it did not actually have the opportunity to become aware before the conclusion of the contract.] 1

Art. VI.91/5. [1  Unless proven otherwise, terms which are intended to:
(1) authorize the enterprise to unilaterally modify the price, characteristics or conditions of the contract without valid reason;
(2) tacitly extend or renew a fixed-term contract without specifying a reasonable period of time for termination;
(3) place, without consideration, the economic risk on one party when it is normally the responsibility of the other enterprise or another party to the contract;
(4) inappropriately exclude or limit the legal rights of a party in the event of total or partial non-performance or defective performance by the other enterprise of one of its contractual obligations;
(5) without prejudice to article 1184 of the Civil Code, bind the parties without specifying a reasonable period of termination;
(6) release the enterprise from liability because of its fraud, its serious misconduct or that of its servants or, except in cases of force majeure, because of any non-performance of the essential commitments that are the subject of the contract;
(7) limit the means of proof that the other party may use;
(8) fix amounts of damages claimed in the event of non-performance or delay in the performance of the obligations of the other party that clearly exceed the extent of the damage likely to be suffered by the enterprise.] 1

Implications: with these new provisions, certain clauses of your general terms and conditions or those of your suppliers could be invalidated in the future (limitation or exemption clauses of liability, penalty clauses, etc …)

However, the prohibitions are expressed in a relatively general way. This leaves room for manoeuvre for the assessment of the court, which may be guided by the lawyer’s argument. 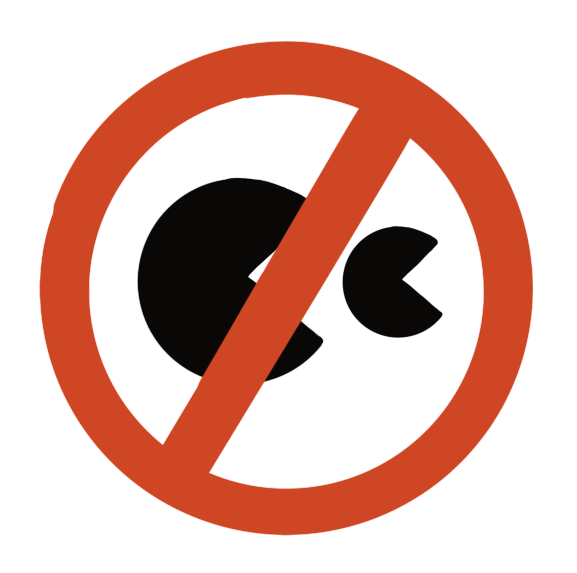 Blog Post
Published on 28 October 2021By viewing this page you agree to our terms & conditions.
Go back to Topics

Click the Add to Compare button to add this topic to compare.

Add to Favourite Please wait... Added to Favourite
We use technical cookies to ensure the proper functioning of the site, we also use cookies subject to your consent to collect visit statistics. Settings Accept

We need this to streamline your experience on our website.