Welcome to this portal, which serves informational and advisory purpose. We wish you a very pleasant experience.

From time to time, e².law laywers may refer you to part of this content against the background of a legal advise.

Navigation on this portal is subject to specific terms of use.  Please note that it is still under construction. 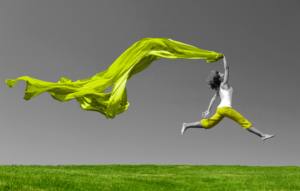 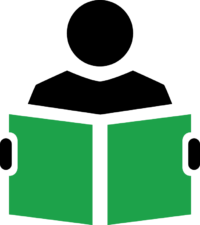 Start your Journey by selecting one item below.

Our blog articles, searchable by categories.

Our legal news information briefings displayed in a timeline.

The value of a company and its ability to prosper, and sometimes, survive depend considerably on the quality of its contracts.

Businesses conclude several contracts a day, even sometimes without noticing it.

As soon as one or more persons voluntarily oblige themselves to give, do or not do something towards another person, we are in the presence of a contract.

As a general rule, the exchange of consents is sufficient for the commitment to arise; often, the contract also refers to the act that records the agreement concluded orally between the parties, and specifies certain terms.

E².law operates at three levels: advice, drafting and dispute resolution. Each level includes a negotiation dimension as well as attention to the balance of the contractual relationship and the prevention of disputes.

We can efficiently manage your corporate and statutory secretarial functions. Our services include incorporation and standard corporate services such as amendment of statutes. We deliver on demand advice, training or coaching for helping directors and their staff to perform their duties accordingly.

We place a premium on flexibility; our corporate secretarial services can be tailored to the unique needs of your organisation, irrespective of its type and size.

We check for possible legal barriers to the development of a new business and advise our clients on how best to navigate within and comply with the existing legislative framework.

This step is usually essential for startups. First, it is common for the activity developed to be innovative. Sometimes the legislator has not yet really legislated in this area. Then, this step is generally the sine qua non condition for the validation of a business plan, for the success of a fundraising campaign.

We help you manage complexity: informational complexity (difficulty related to the interpretation of standards) and computational complexity (difficulty related to the increase in the volume of standards) and help you minimize organizational cost (cost of regulatory monitoring; cost of compliance; cost of communicating compliance) and strategic cost (obligation to modify certain elements of the company’s strategy, in certain cases).

The prospect of a commercial dispute is the inevitable risk of business.  To all our clients, we propose to pay attention to certain principles in order to prevent and effectively manage them, but we are also keen to litigate when judicial or arbitral outcomes are inevitable.
e².law helps companies to ensure the execution, and where necessary the forced execution, of the obligations entered into with them by their commercial partners. Where a debtor does not spontaneously perform his obligations towards his creditor, the latter is entitled to compel him to perform his obligations through all legal and enforcement procedures.
E2.law can advise and represent its clients regarding commercial matters in most kinds of legal proceedings in Belgium, directly or in coordination of partnering lawfirms
Close